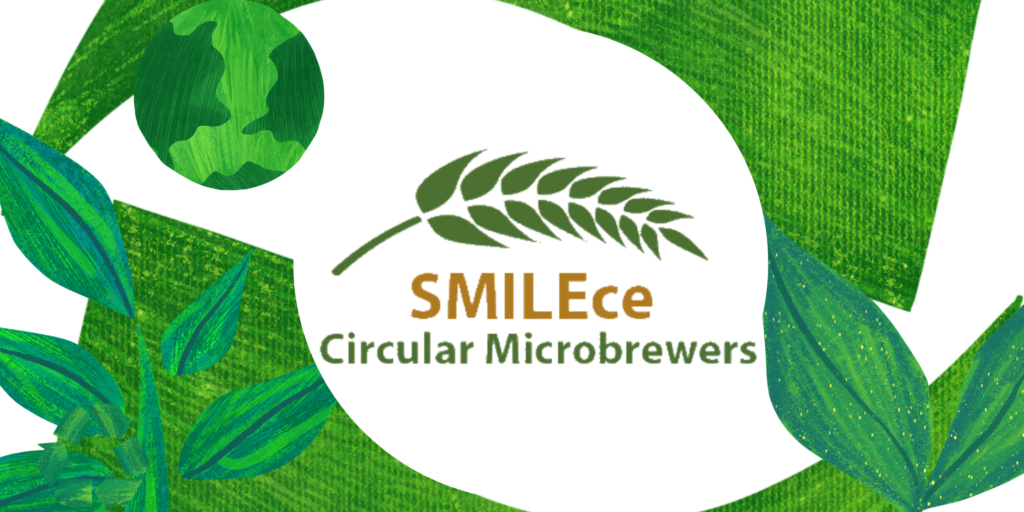 SMILEce is an Erasmus+ project which is led by Changemaker based in Sweden. The project partnership is formed by 6 different institutions coming from five European countries (Germany, Ireland, Lithuania, Slovenia, Spain & Sweden) including Gm and the Circular Business Academy (CBA).

The SMILEce project targets the ever evolving independent craft brewers across Europe, and builds on the outputs of the previous SMILE project (www.smilebrewing.com). SMILEce is offering incumbents and new entrants, exposure to new techniques, culture and ideas from circular economy (CE) which has recently gained traction in European policy making as a positive, solutions-based perspective for achieving economic development within increasing environmental constraints.

The main outcome of the project will be the SMILEce platform, which together with the learning objects, other resources and its pedagogical model will respond to both the EU/National priorities and the needs identified within the sector.

The project is directed towards brewers’ reuse of waste material. They can reuse materials involved in the brewing process. Spent grains can be used for bread, granola bars, and even dog treats. Even the waste water from the brewing process is being re-used, beer-making takes up to 20 litres of water (or more) per one litre of brewed beer. The hops and malt used in the production of beer can also be used by farmers as feed for livestock and fertiliser.

In this regard, Gm is engaged in developing a circularity assessment tool for the circularity level of microbreweries and developing contents for a digital learning course that’s designed to improve and update work-based learning methodologies.

To test the SMILEce Circularity Assessment Score and get a report for your microbrewery, click here.